Before you click on the "accept" button at the end of these terms please carefully read them and ensure that you are familiar with their contents. Clicking the "accept" button indicates your acceptance of these terms in addition to those set out in the Agent Agreement and that you are consenting to be bound by them as part of a binding legal agreement that is supplementary to the Agent Terms. If you do not accept or understand these terms you must not proceed. These terms, and any policies referred to in them, comprise the contract (the "Agreement") between: (1) NETHOUSEPRICES LIMITED ("NHP") whose registered office is 107 Reaver House, 12 East Street, Epsom, Surrey, KT17 1HX: and (2) you ("the Advertiser"). 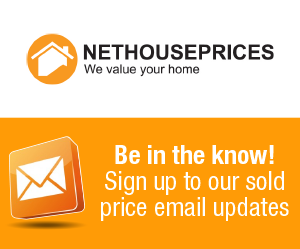 Create an account for free today to unlock some great features of Net House Prices.